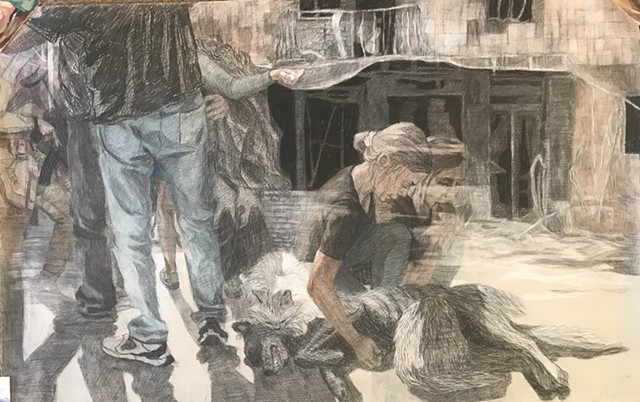 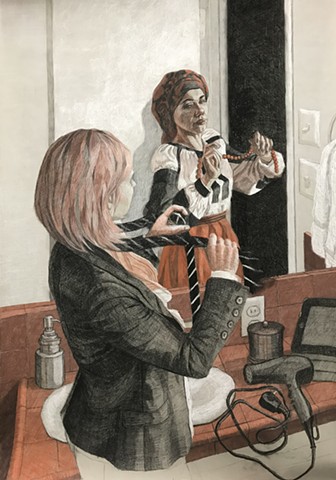 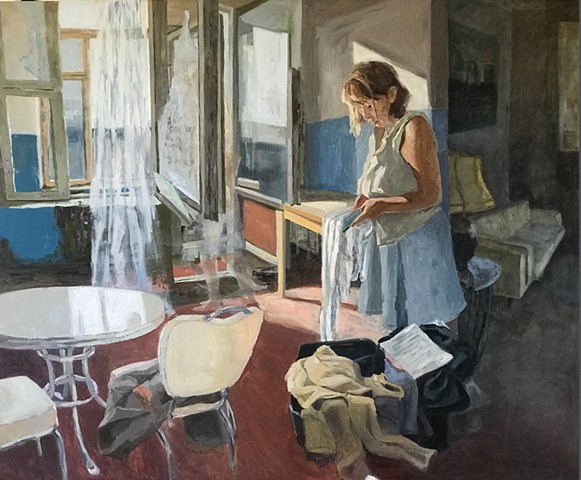 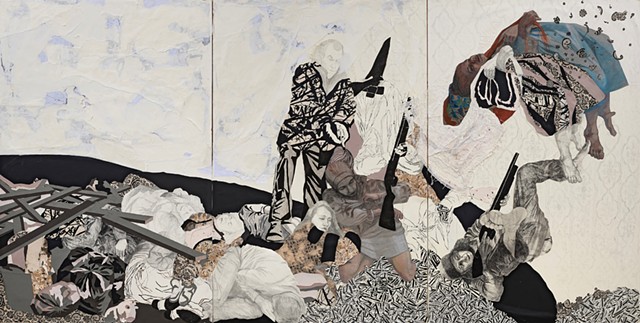 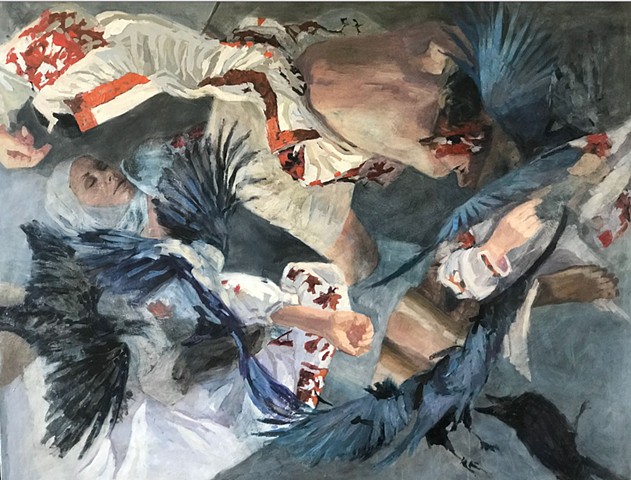 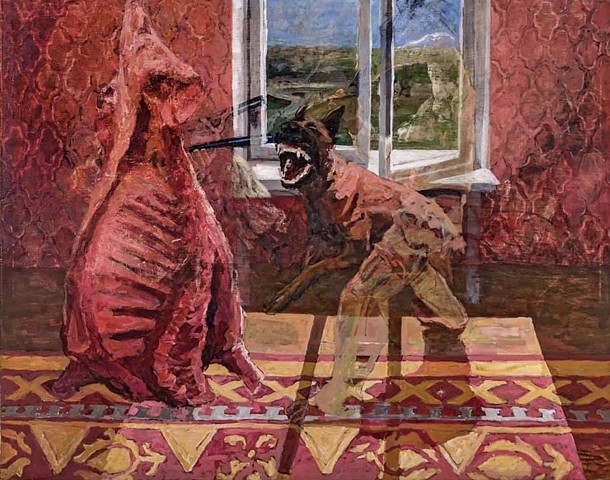 Avdiivka. War in Donbas
Mixed media, oil and charcoal on paper
72 by 48 in 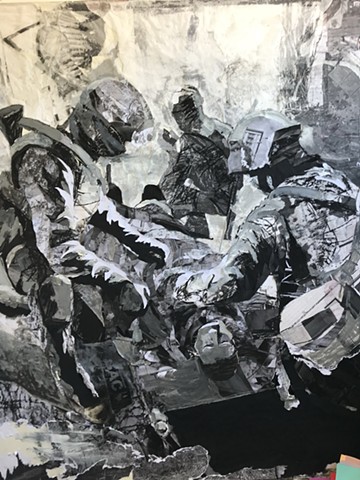 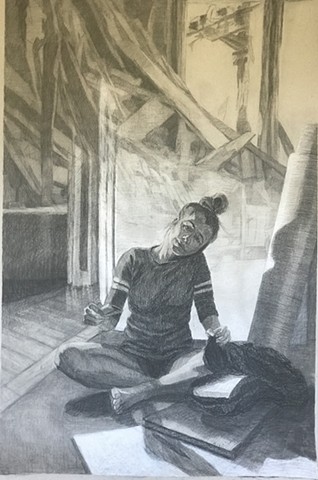 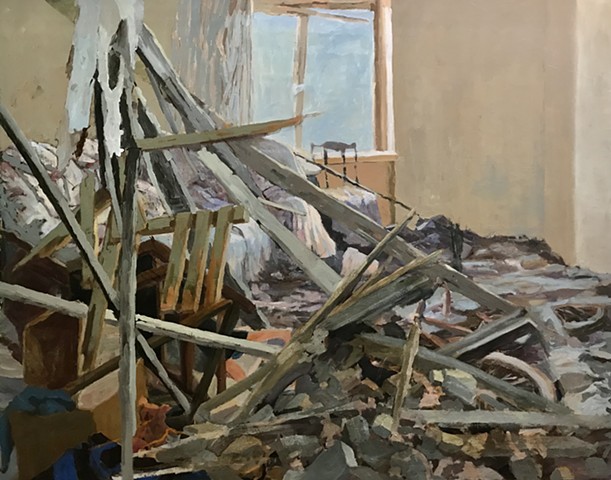 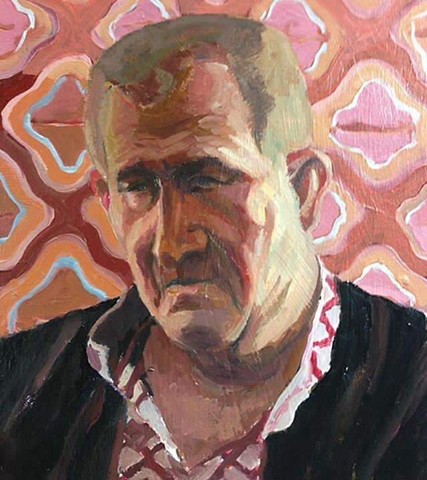 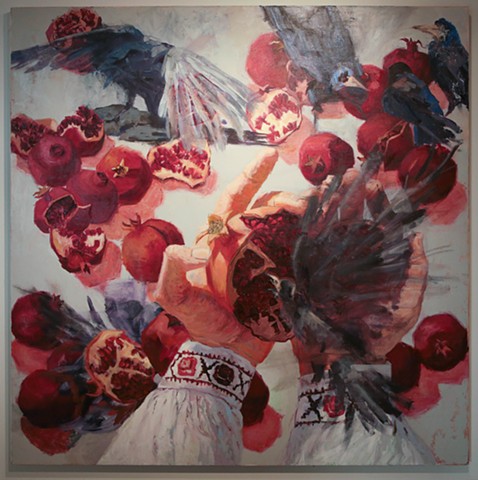 My current work consists of a series of oil paintings and drawings of ethnic folk clothes displaying the legacy of the Ukrainian identity. This series is aimed to respond to the political and social disarray that is caused by the ongoing Russian intrusion of eastern Ukrainian soil. This undeclared war caused inner division of the nation, distress, as thousands have been killed and millions have been displaced from their homes. Today it is important to open a dialog about the true reasons of this military intervention. As a Ukrainian living in America, I strongly feel that people of all nations should be engaged with the ideas of peace.